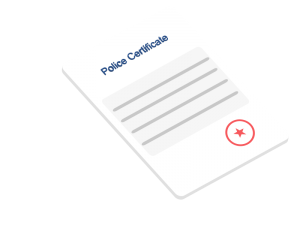 Immigration authorities of the U.S., Canada, Australia, New Zealand and the U.K. have provided instructions about how to apply for a China police certificate, also known as a police clearance certificate or certificate of no criminal record. However, these instructions may be too general to follow. In this article, I will explain how you can get the certificate with more details.

Where to Apply for a China Police Certificate

China does not issue national police certificates to foreigners. A single certificate only covers an applicant’s time in a particular city. In general, there are two government agencies in China that may issue police certificates to foreigners. Depending on the city where you apply, the issuing authority is either a notary office or a public security agency. Where the certificate is issued by a public security agency, it needs to be notarized by a notary office for immigration purposes.

Despite calling it a “police certificate”, it is commonly issued by notary offices in major China cities, such as Shanghai, Nanjing and Chengdu.

In 1990, China Ministry of Justice issued the “Notice Regarding the Handling of Certificates of Whether Foreigners Have Criminal Sanctions During the Period of Their Residence in China.” 1. This rule authorizes notary offices to issue police certificates to foreigners. However, authorities in some cities reject the 1990 rule as they consider it outdated and incompatible with the current situation.

In a city where there are multiple notary offices, only the major notary office(s) issue the certificates to foreigners.

Police station is the smallest unit of the complex public security system. Hangzhou, Dongguan and Qingdao are examples of the cities where foreigners must apply at police stations.

An exit-entry administration of municipal PSB handles administrative affairs concerning all foreigners in a city. Their responsibilities include the issuance of police certificates to foreigners in some cities such as Tianjin, Xi’an, Changchun and Kunming.

Required Documents for Applying for a China Police Certificate

Apply a China police certificate through a third party representative

If you are currently living outside of China, you may appoint a representative to file the application at a notary office on your behalf. This is provided by Article 26 of China Notary Law (2017) (“《中华人民共和国公证法》“).

Your representative must appear in person at the issuing agency with your written authorization, i.e. power of attorney (POA). Some local authorities require that powers of attorney be authenticated by a China consulate. For more information about how to apply for China consular authentication, please see our article Guide to Applying for China Consular Authentication.

If your application is in a city where the issuing authority is a police station or other public security agencies, a third party may or may not be allowed to file the application on your half. Cases where they refuse to accept third-party applications happen rarely.

The procedures and required documents for applying for China police certificates are rather confusing. One important reason is that China does not have a central authority for managing criminal records. In 2012, China national authorities issued the “Opinions on Establishing the system of Criminal Records of Criminal Personnel” (《关于建立犯罪人员犯罪记录制度的意见》), which envisions a national criminal records information database. This could be the future solution to the current confusion and help streamline the application process.

We are specialized in assisting foreigners in obtaining China police certificates or preparing statements explaining why a certificate is unobtainable. Our services cover almost every city in China. If you are interested in hiring us, please click the below button to fill in a quote request form.

Find out more or adjust your settings.

This website uses cookies so that we can provide you with the best user experience possible. Cookie information is stored in your browser and performs functions such as recognising you when you return to our website and helping our team to understand which sections of the website you find most interesting and useful.

Strictly Necessary Cookie should be enabled at all times so that we can save your preferences for cookie settings.

If you disable this cookie, we will not be able to save your preferences. This means that every time you visit this website you will need to enable or disable cookies again.